The present study overcomes the methodological and psychometric shortcomings in formulating existing religiosity instruments, lack of provincial, regional, and national norms, and also lack of standardized method in administrating and scoring related scales. The purpose of study was to develop a standardized scale for measuring religiosity for Iranians, who live in Iran as a religious society., the structure and the content of the scale were drawn from Quran and Hadith (narratives). A theoretical model was thus defined for measuring religiosity in Iran. The theoretical model included multi-components .Based on the model pool of components and items were developed. Research design of the study was descriptive one (non-experimental), developing a measurement type, preparation religiosity scale, and measuring religiosity among Iranians throughout Iran. Statistical population of the present study included members of the Muslim families, with age range 19-60 years old from thirty provincial capital cities in Iran. The participants had to at least graduate from secondary schools and tended to complete the questionnaire. The total size of the sample included 20000 participants. In the first stage, preparation one, in terms of different schools of thoughts (Shia and Sunni), geographical variation (northern, southern, western, and eastern areas of Iran), economical status (the poor-the rich), and language, 4403 participants were selected randomly through stratified sampling method. The second stage included 15386 participants, from throughout Iran, which were selected randomly through the same method used at the first stage. The questionnaire used was included 154 items, 93 items was drawn from the Khodyari’s Religiosity Questionnaires, forms A and B (1385/2006), and the rest were developed. In preparation stage, the items were split into two sections, namely part one and part two. Then each of them was administrated on 4403 participants from twelve provinces. Factor analysis revealed eight factors. In the second stage, the two parts, namely one and two, were combined. This made up a questionnaire including 117 items. This questionnaire was administrated on 100 participants. The findings indicated that the scale had proper psychometricfeatures including construct validity, concurrent criterion validity, and also reliability by employing test-retest method. The standardized norms for total score of religiosity, and related components were presented 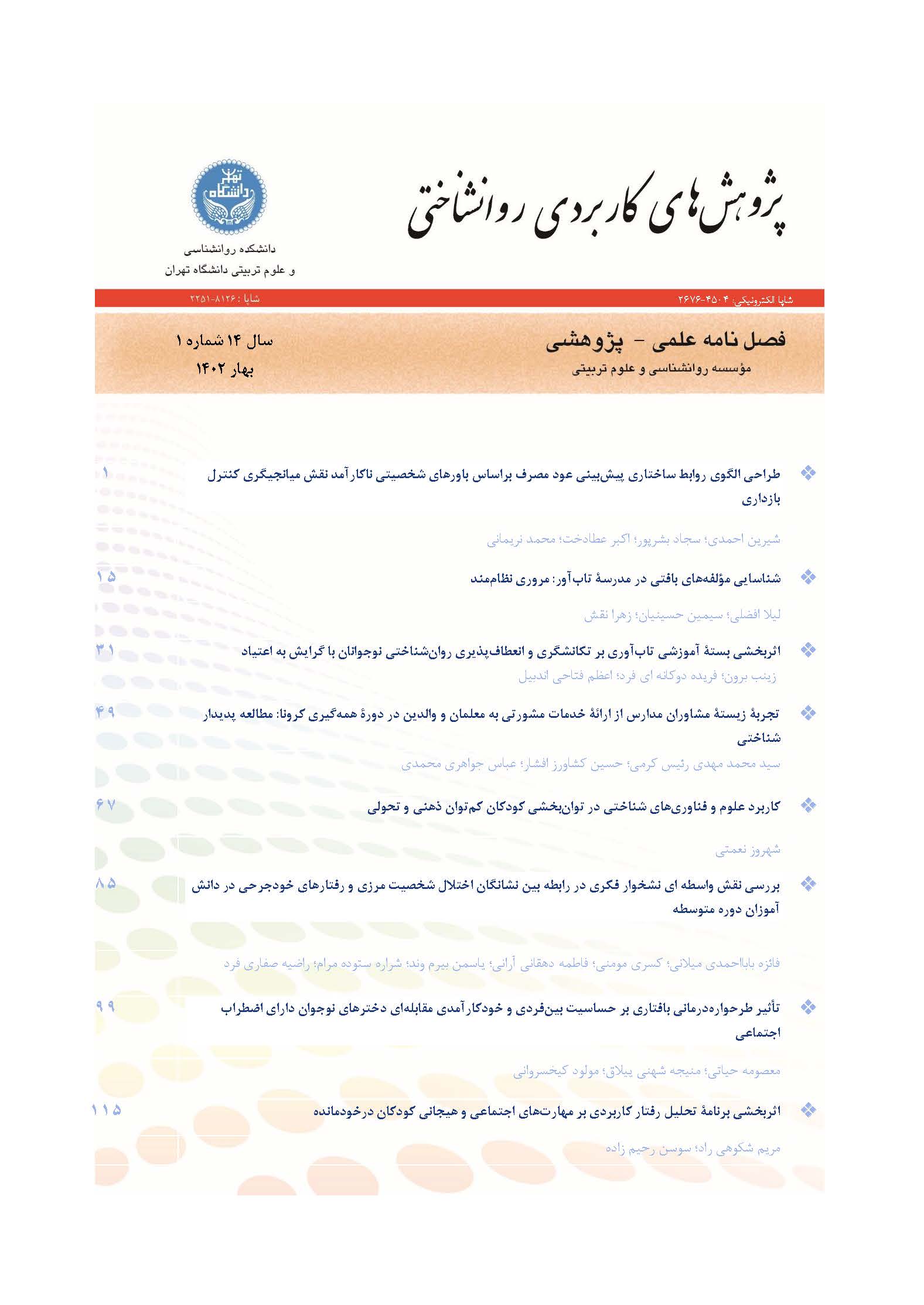